On 1st of August that appeared to be the April’s fool day to the online buyers of Chroma Electronics in the world’s largest democratic country. Chroma which is a brand of Infiniti Retail Ltd., a subsidiary of Tata Sons claimed by its official website.

The incident happened when a coupon code proudly broadcasted on every product page of Chroma on their website was announced to be invalid by the company after thousands of purchases made online within a few hours of time on the first day of August. Using the coupon code, a user could get Rs. 2000/- discount each product which was any amount higher than Rs. 2000. Employees have even spend a quarter of their salaries as it was the salary day for the most. As soon as the news broke into the floors of companies, the employees started looking for their debit cards, and sign-ups were on the roof. People have ordered dozens of products from different accounts as only ten products could be ordered from each Chroma account. All the orders were cancelled within 3-5 working days claiming that the coupon code was the website’s bug and the company is apologetic for the inconvenience caused. COD orders were the first to get the hit and the money spent was credited to the original payment source.

Being into online advertising industry for a few years now, I can guarantee that the database that #Tata Group or #Chroma Electronics has built in one single day could fetch them millions as targeting data in this digital world is precious. Who doesn’t know the recent case where 50 million Facebook profiles harvested for Cambridge Analytica in a major data breach? 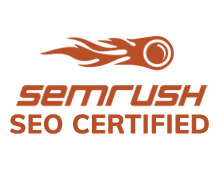